Before we can take it in we are in September

Posted on 2nd September 2018 at 22:37
We started New Year with goals to achieve and before we can take it in we are in September. Due to an increase in our workload I have had to concentrate on the repairs and Restorations before any other projects.
It is strange that the popularity of certain clocks has diminished but the workload has increased substantially across the board, the phrase I keep hearing is “we are so happy to have found you, we have been looking around but couldn't find anyone to do what you can do!!” and I can appreciate what they mean as I have been looking for someone to work on a part-time basis for sometime now so hence the long waiting lists.

The other problem is getting things done by other craftsmen, who seem to be in the same boat as they are experiencing the same problems. I wonder if there are younger folk out there that would take-up the reins and actually learn to do these very satisfying crafts, i.e. French polishing, cabinet making, glass cutting and shaping, upholstering and general restoration and repair of all sorts of things including horology for that matter.
So come on modern generation there's more to life then mobile phones , lets bring back a bit of analogue in this era of digital.
This flood of work has its bonuses in the form of some interesting pieces that have arrived on my work bench, one of which being a miniature minuet repeating carriage clock which found its way to me from London.
Not being the usual type with a converted pocket type movement (one of which has landed on my bench since we did the aforesaid one) it was a Swiss made ormolu cased number of exquisite proportions.
The movement had not been touched for some time but was just about working though intermittently so I thought that this was a was a good start! So to work first clear the bench and lay out my tools find the camera silence the phone and begin.
First to dismantle the case which was a straight forward task then to inspect the movement which looked interesting but not to daunting them I removed the hands and dial, and there I was greeted with a beautiful engineered and complex device of Swiss ingenuity with very fine levers, tiny springs and wonderfully cut and finished racks and components, out with the camera!

Next let the power off, not forgetting the set-up on the repeat work then to strip the under dial work saving the details on my camera this took a lot longer then anticipated. Luckily whoever worked on the clock before did not do to much damage when they overhauled it, then came the dismantling of the main movement which did not prove to taxing apart from some interesting a features between the plates. Cleaning the plates was to prove a little more involved, they had been frosted and silvered as in an early watch but eventually yielded to one of the processes I tried coming up almost as good as new. Cleaning of the other components was not as arduous, luckily there was very little wear even the main spring as in good order after cleaning and lubricating the reassembly went fairly easily the platform escapement rebuilt and fitted then came the setting up but eventually all was well, that wonderful feeling when you press the button and all works well then all that had to be done was to clean the case and the glass and rebuild clock!!!
Another day or should I say DAYS in the life of a horologist.
All the the best to you all and hope its not as long till the next blog. 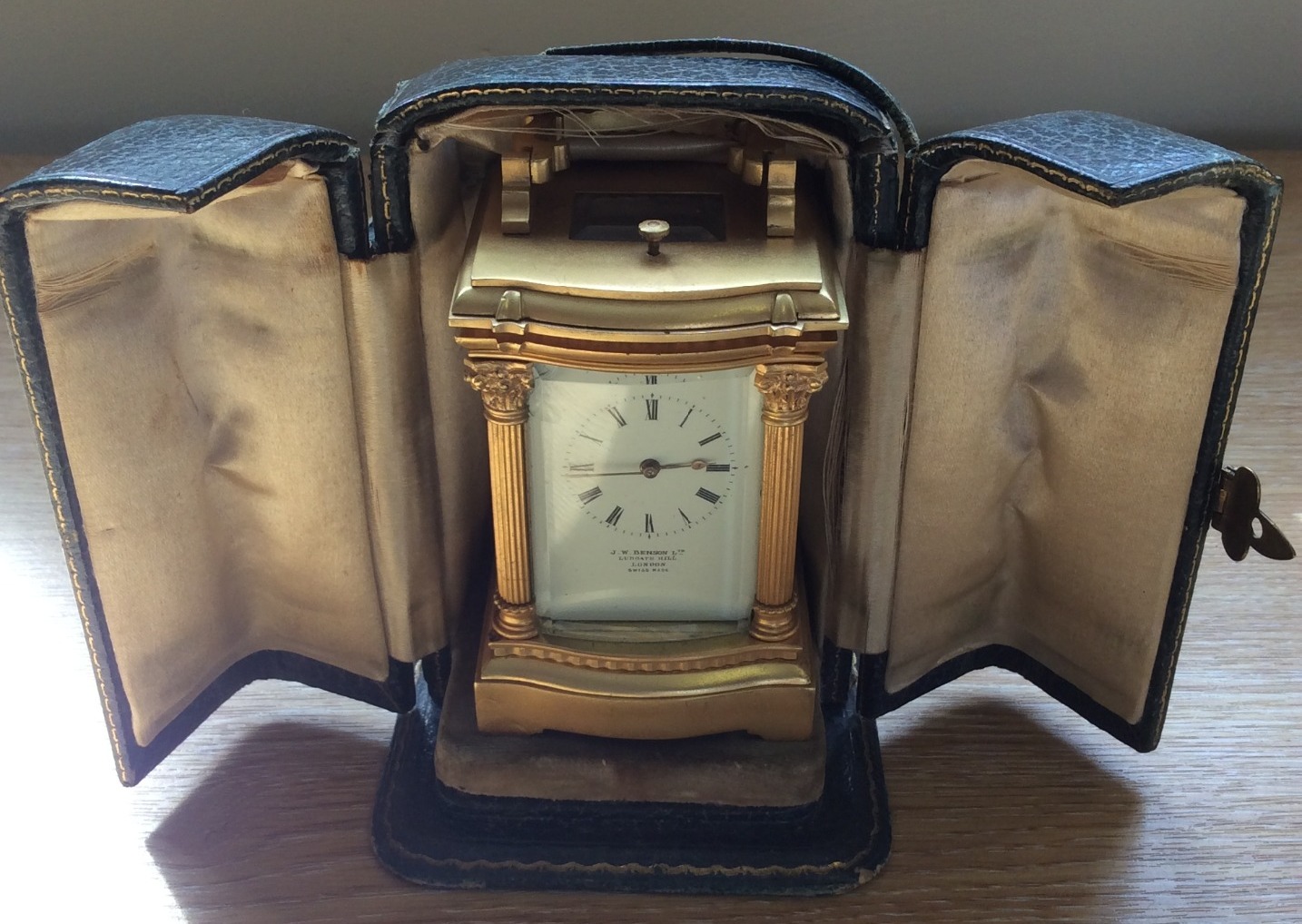 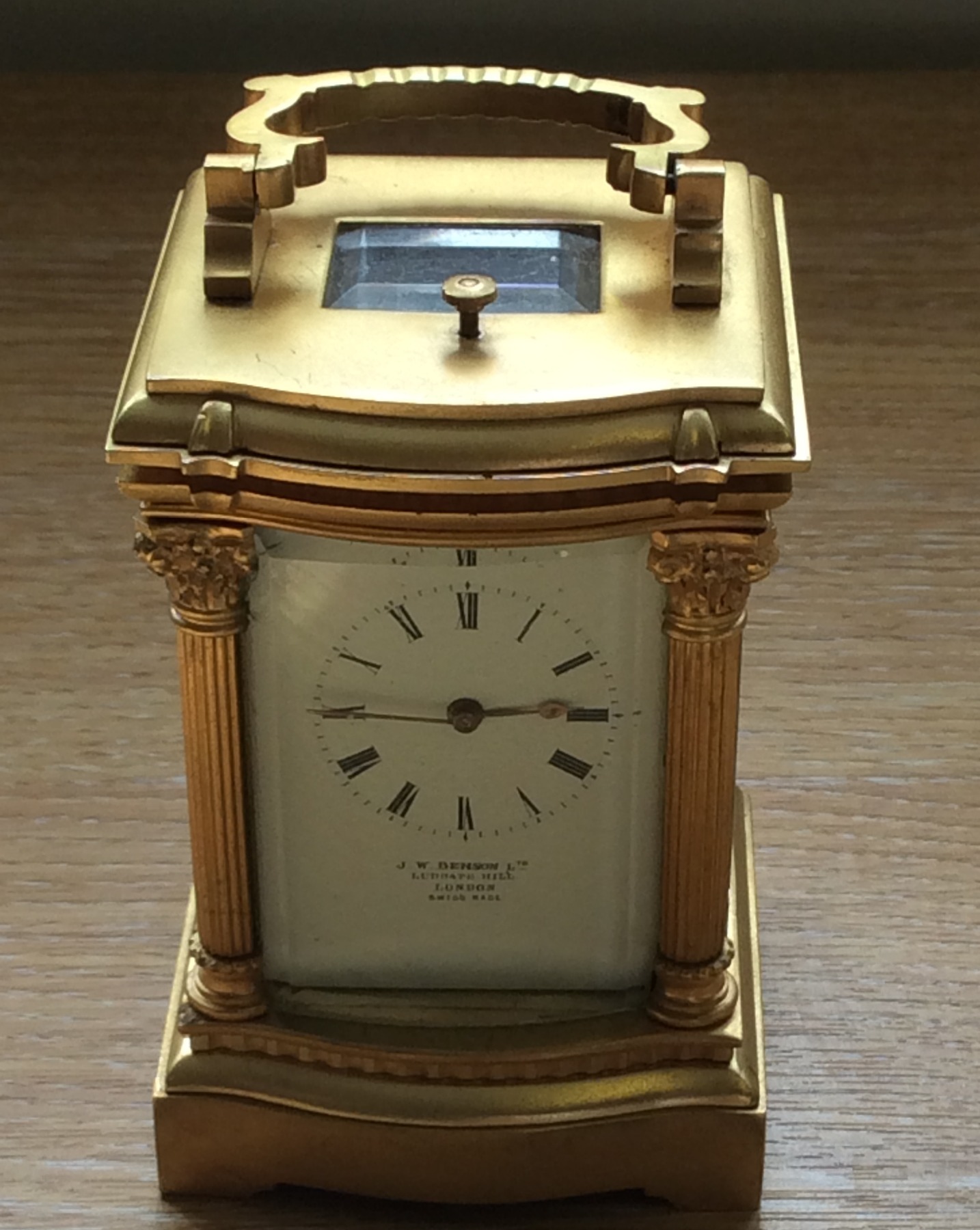